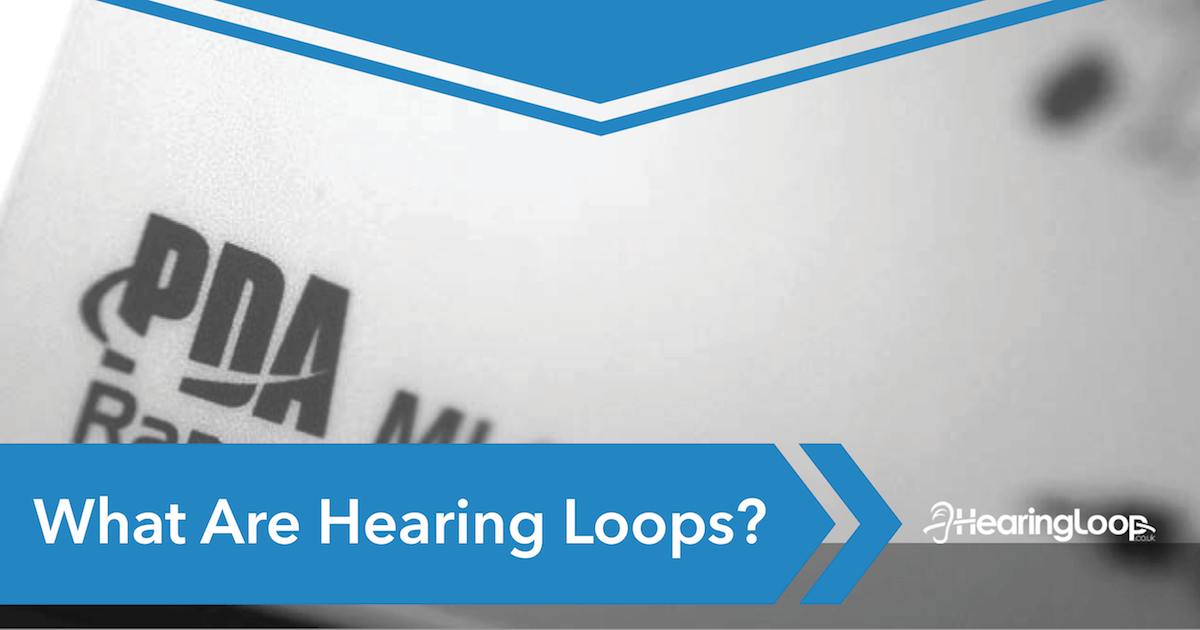 What Are Hearing Loops?

What are Hearing loops?

Millions of businesses and public buildings have hearing induction loop systems installed to ensure they are not discriminating against those who are hard of hearing.

The systems can also be installed in domestic settings, to help with day-to-day conversations and things like watching the television or listening to the radio.

The History Of Hearing Loops

The basic technology of hearing loops was being researched as early as the 1700s, by big names like Franklin and Tesla.

They experimented with electromagnetic fields, which are the most important scientific principle behind the hearing loops we still use today.

In 1937, Joseph Poliakoff introduced the first Induction Loop Hearing Assistance System, filing a patent in the UK for his invention.

It featured a telephone coil (known as a Telecoil), which picked up the magnetic field that is picked up by the telephone handset, transforming it into an audio signal.

It could remove any distortion or background noise from telephone calls, making it easier for the hard of hearing to communicate over the phone.

This basic principle is still in use today with induction loops.

Unlike today’s models, it didn’t slot behind the ear, it sat in a user’s top pocket and delivered sound to them.

Fast-forward to the 1960s, and countries across Scandinavia were experimenting with fitting these induction loops systems into schools and places of worship.

The NHS began to prescribe the technology to help patients who were hard of hearing – hearing aids were handed out, free of charge.

The technology continued to develop, and eventually, it becomes common practice (and eventually a legal obligation) to install hearing loop systems into businesses and public buildings.

How Do Hearing Loops Work?

When hearing aids are turned to their regular setting, they amplify all the noise in the surrounding area.

But when the hearing aid is switched to the ‘T’ setting (or the loop programme), this helps to cut out the background noise and focus on only the sounds being picked up by the loop system microphone.

If you’re at the checkout of the supermarket and have your hearing aid tuned into the induction loop system, you should be able to hear the words of the checkout assistant perfectly, rather than having to strain to hear them over the other ambient sounds you find in a supermarket.

Of course, this is just an example of the features and capabilities of a hearing loop system.

They’re not just limited to counters – hearing loops for businesses can be used in a number of different settings to help support those who are hard of hearing.

The hearing loop itself looks like a loop of copper wire, or tape – there are no high-tech machines or gadgets used, and in fact, most of the technology used in hearing loops is decades old, yet still effective.

The loop creates an electromagnetic field, which the receiver in the hearing aid picks up.

It then converts it to audible sound, delivered right to the ear of the person wearing the hearing aid.

This helps to cut out background noise and hear communications as though they were being spoken up-close.

The Different Types Of Hearing Loops

Hearing loops come in many different forms, with the most common being:

Why Hearing Loops Are Better Than Other Assisted Listening Systems

Hearing loops are perhaps the most popular assistive listening systems available on the market.

They have a multitude of benefits that puts them head and shoulders above other alternatives.

For a start, they’re inconspicuous, which means those who are hard of hearing don’t need to put their headphones or other devices on display.

This makes them more likely to be used.

They can also be used on a hands-free basis, which makes them useful for scenarios like shops or banks.

Hearing loops are compatible with all hearing aids – there’s no need to buy a certain model or switch over the hearing aids when you enter a certain building.

Hearing loops are inconspicuous, cost-effective and can be used by any number of users at the same time.

Clear, high-quality sound is delivered directly into compatible hearing aids, with no need for an extra headset or receiver.

Those who are hard of hearing can ultimately communicate more clearly and effectively, even in noisy environments.

Hearing loops are a vital addition to any business, public building or domestic setting.